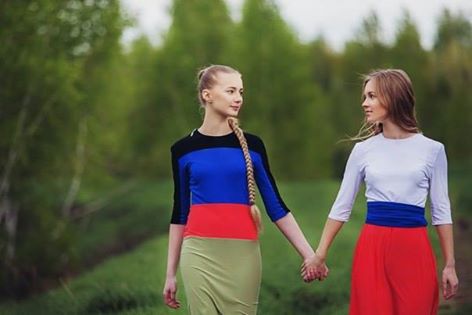 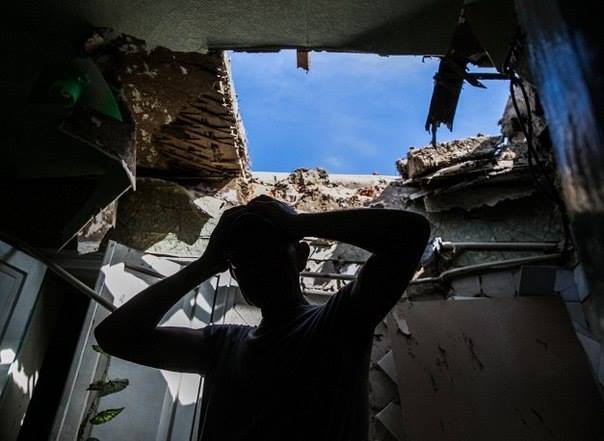 Reading, watching western, global media coverage, the bias in this is abundantly clear. Pro-Kiev, pro-Ukraine, anti-east of Ukraine (with their pro-Russia stance), anti-Russia. But why’s it like this – here’s 10 reasons…

1. The Lovely Ukrainians – There is a perfectly lovely side to Ukraine, Ukrainians. I know this, have done interviews with them myself -
2. The Hiding of the non-lovely Ukrainians – Due to western media bias, you will see the above presented, while the below concealed -

And that, filmed on January 19th, even before the Kiev side obtained mass access to firearms, turning them on police.

3. Expert Ukrainian PR - Euromaidan had a PR army on the ground from day 1, most notable Kateryna Kruk, soon allied by Euromaidan PR with its highly effective, cross-platform operation.

4. Highly effective, foreign-funded Ukrainian PR - Remember that ‘I am a Ukrainian’ video. That Disneyfied, contrived, disingenuous 2 minutes of emotional manipulation? Incredibly well made and popular, of course, and of course its funding path led right back to the US State.
5. As expertly exploited above – the Eternal Power of the Beautiful Girl - particularly that of legend the ‘beautiful Ukrainian girl’. And you can actually find beautiful pro-Ukrainian girls anyway, without throwing US cash at them, this one was in Donetsk -
However, you can also find any number of beautiful, intelligent people on the pro-Russia side. It’s just that the media doesn’t show you them, and no one fund glossy videos of them -

6. The Power of the Anti-Russian Politicians – Obama’s administration hates Russia for political reasons, trade reasons, Putin for popularity reasons. The EU, with prominent senior figures such as Carl Bildt seemingly fanatically Russophobic, generally take that line and so senior world leaders, on the world stage to a mass audience, disseminate in this a relentless pro-Ukrainian, anti-Russian line.

7. The Otherwise Respectable Media - People come to publications like Time, The Economist with their strong reputations of reporting in other spheres, and take their coverage of Ukraine and Russia in the same vein. Yet both of these publications, along with many others for their own reasons – business, political, even just convenient to paint Russia as the bad guy – have put out a near relentless stream of pro-Ukrainian, anti-Russia, well, PR. Far from just them, I watched James Mates, ITV’s Europe editor, walk past a mass of masked pro-Ukrainian men at a march, with gloves concealing weapons -
He then described it as a ‘peaceful Ukrainian march‘, before pulling out all the negative terminology for the Russian side, something I took issue with him about -

That means you’re not seeing how Slavyansk looks these days, after over 1.5 months of relentless Ukrainian shelling has seen over half the city’s population flee, and many of those remaining planning to. In any case, even if not captive, the western media has little interest covering the death to civilians, destruction of civilian homes east of Ukraine, so you are not seeing footage like this -
9. The Power of the Ukrainian Expat – It’s a country with emigration in its DNA, with countless millions of first, second, third generations across the globe – an estimated 1.5 million in Canada alone. As Ukrainians emigrate often to very rarely, even never return to their country, they fall in love with the idea of nation, rather than nation itself. Thus, a world of Ukrainian expats put on their Ukrainian colours and go out to support the idea of their former country, or that of their parents.
10. ‘The Ukrainian Hero’ - All those ‘heroic’ young men of Maidan, of course the ‘heavenly 100′, that handsome fellow from Lviv who got up on stage, Vakarchuk up there on stage, with his rock star looks. The world is flooded with glamorous images of ‘Ukrainian heroes’ with movie star looks. When you’re really in the country, it’s not quite the case - 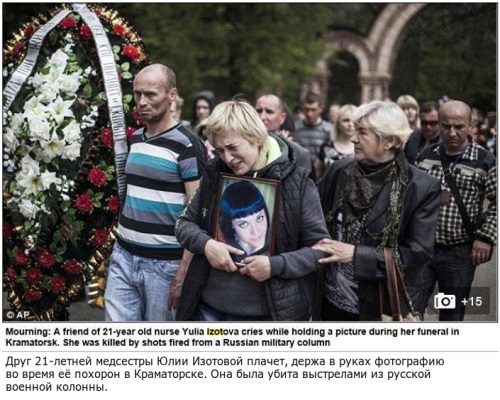